skip to main | skip to sidebar

A quick update for August

It's hard to believe that it is almost September! Every year I get to the end of summer, and wonder where all of the time has gone. This summer I can definitely say where it has gone - a move! We are in the middle of a move to northern Idaho, which is a great blessing and a complete change of mindset. We've been in our current home for five years, and I haven't envisioned anywhere else. God has given us a new path, clearly laid out before us, and we are starting on this journey. Our house has not yet sold, but I trust that the right buyers are in His hand and our future home is also being prepared.

One of the biggest chuckles in this adventure has been preparing the house for market. Our agent, ever so gently, suggested that we "depersonalize a bit, and take down a few of the wall hangings." That brought quite a giggle! I had well over 100 cross stitch pieces hanging on the walls. I did remove a couple dozen from the front room, leaving only Beatitudes hanging over the piano, but my office is... well... staying as my office. For obvious reasons. 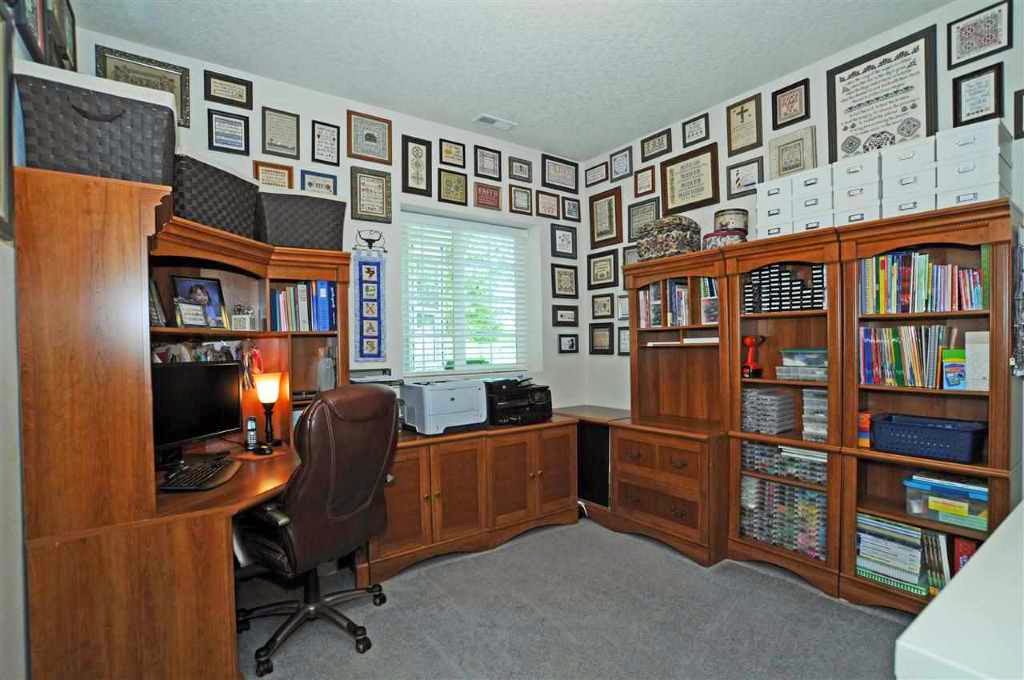 As a disclaimer: this is not the normal state of my office. I am grateful for the invention of the wide angle lens, and the fact that there weren't pictures taken of everything shoved into the closet! The rule I had for the photographer - don't open any closets or look behind any of the shower curtains.

This entire update was prompted by an inquiry about if and when I would have new fobs for the Eve scissors. Thank you for that nudge! My scissors were ordered last week, and should be arriving shortly. I have been stalking both the mailman and the UPS trucks. As soon as they are in my hands, I will be matching up beads and making a striking creation to perfectly accent the beautifully spotted scissors. As for a stitchy update, the model is done for the third installment in the reproduction style series! My framer brought it to the EGA Ice Cream Social on Tuesday night, we all ooohed and aaahed over her talent for framing, and I will work on a picture this afternoon. Then it's formatting, printing, packaging, and prayerfully one or two more new releases for early October.

Through it all, I can say it is well. He is good and faithful. His timing is perfect, although it hasn't yet matched my own. There is something that I'm supposed to learn in this transition, and I pray that I learn it willingly on my knees. I pray that I can use this transition as a time of peace, and not just waiting for it to be done and over with and constantly looking for what's next.
Posted by My Big Toe Designs at 8:30 AM No comments: 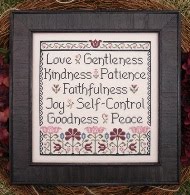 Fruit of the Spirit

My Big Toe Designs
My Big Toe Designs is a Christian design company of cross stitch patterns and needlework accessories. We are a family business, and it's all hands on deck to produce a beautiful line of stitching goodies to satisfy your addictions.